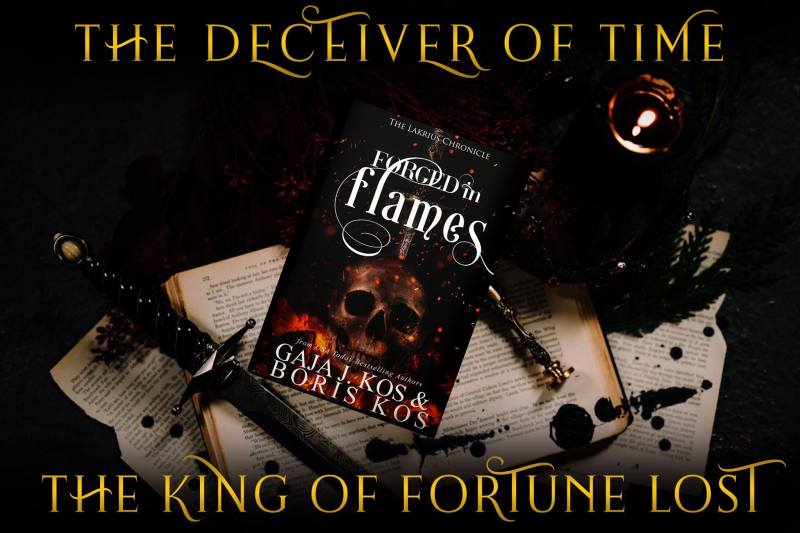 Working as a blacksmith for noblemen willing to kill to protect their secrets, Avvyr knows his days are numbered. Unless he walks a path more dangerous than death itself.

As he unearths the truth behind their power—something far grimmer than he ever could have imagined—Avvyr realizes there is a way to put an end to the nobles’ brutal reign.

But while his intentions are pure, his actions thin the divide between life and darkness, threatening to entrap him in the very cage he wanted the world to escape.​

If you’re in the mood for some dark fantasy, gray morals, and a devious main character, make sure to pick up a copy:

She is also a bisexual witch who grew up watching Xena, Charmed, and Buffy the Vampire Slayer. No one is really too surprised about the direction her adult live ended up taking.

She enjoys steamy books and steamier music, has an endless love for starry nights, and is a shameless summer babe with a soul-deep palm obsession.

Gaja resides in Celje, Slovenia, with her husband, two Chinese Crested dogs, and many, many plants.